The Island Behind The Horizon

The film was shot at a point in the Mediterranean sea where the island of Lampedusa—Italy’s southernmost tip and access-point for migrants to Europe—lies hidden behind the horizon. I reached this location at sea, which I identified as a meaningful limit line, in November 2015.

The work originated from the desire to measure the vague distance separating arriving boats from the shore of Europe, with the intention to create a counter image to the photographs documenting asylum-seekers being rescued in the Mediterranean sea. Those pictures are often taken from a high vantage point.

Adopting the standpoint of an observer at sea, I sought to point out the human condition of moving toward a desired future that is far (beyond) in the distance, in a situation of complete uncertainty. The main subjects in the video are the observer behind the camera and the island behind the horizon.

Based on an official nautical chart, this redrawn version serves to measure the greatest distance at which an observer at sea can begin to see the island of Lampedusa appearing above the horizon.

This nautical chart features a geography of uncertainty, because it only shows those elements that are subject to variations: the deepness of the sea and three horizons.

The Island Behind The Horizon (Nautical chart indicating the greatest distance at which an observer at sea can see the top of the island of Lampedusa above the horizon), 2015 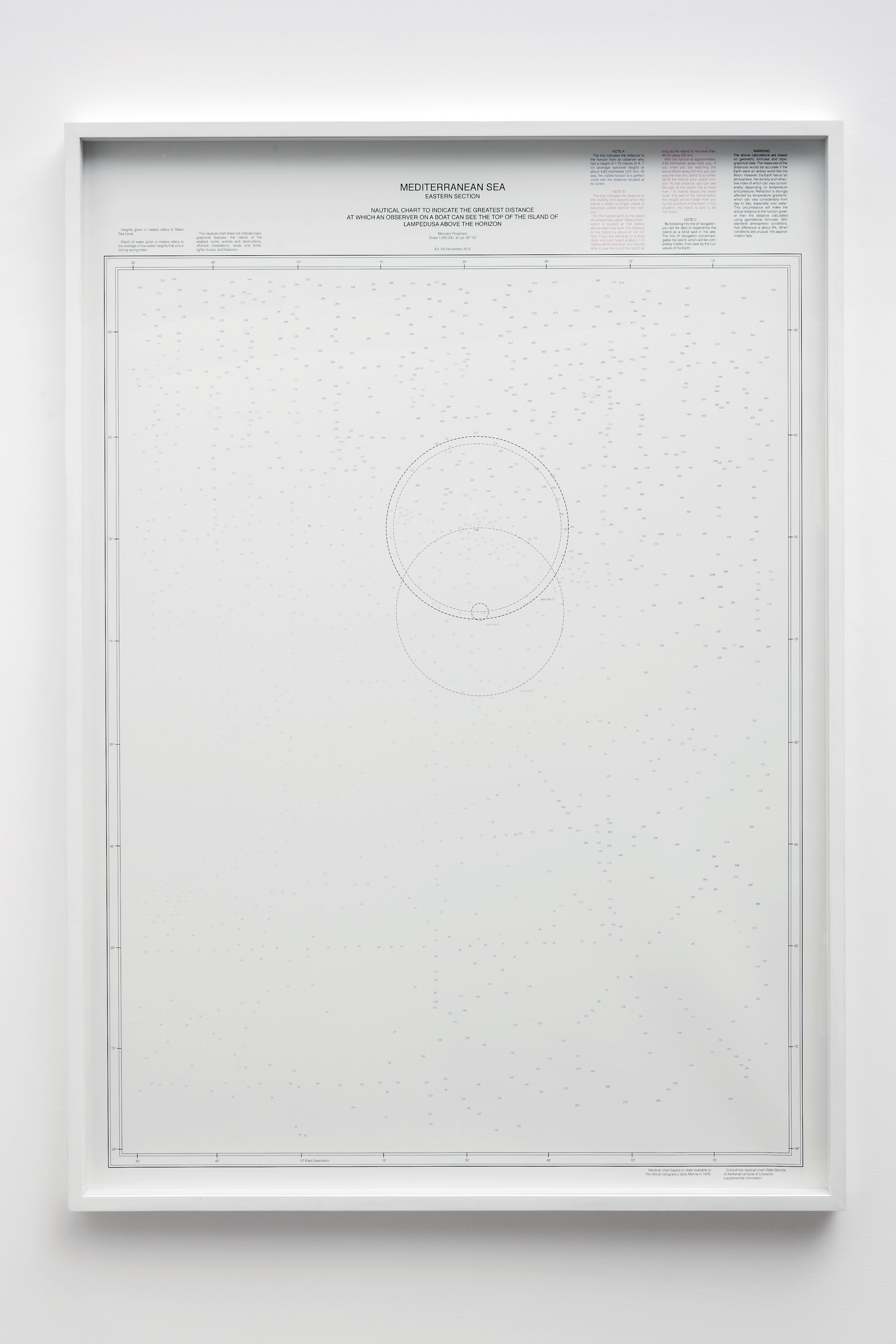 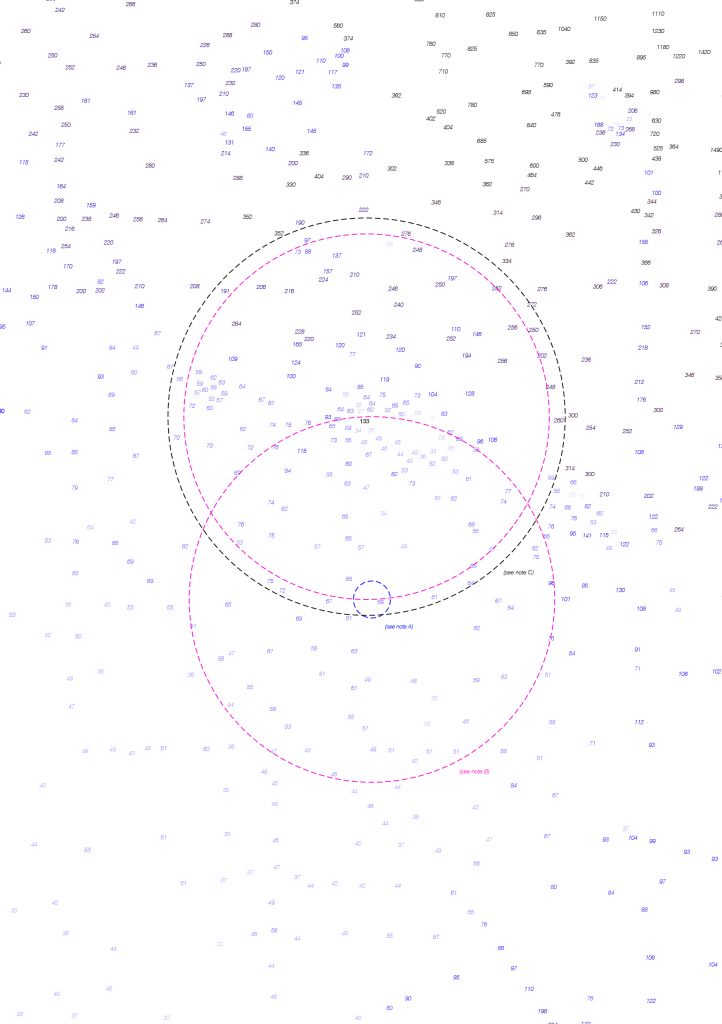